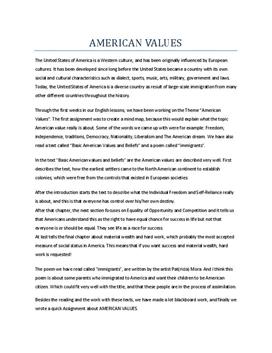 Through the first weeks in our English lessons, we have been working on the Theme “American Values”. The first assignment was to create a mind map, because this would explain what the topic American value really is about. Some of the words we came up with were for example: Freedom, independence, traditions, Democracy, Nationality, Liberalism and The American dream. We have also... Køb adgang for at læse mere Allerede medlem? Log ind